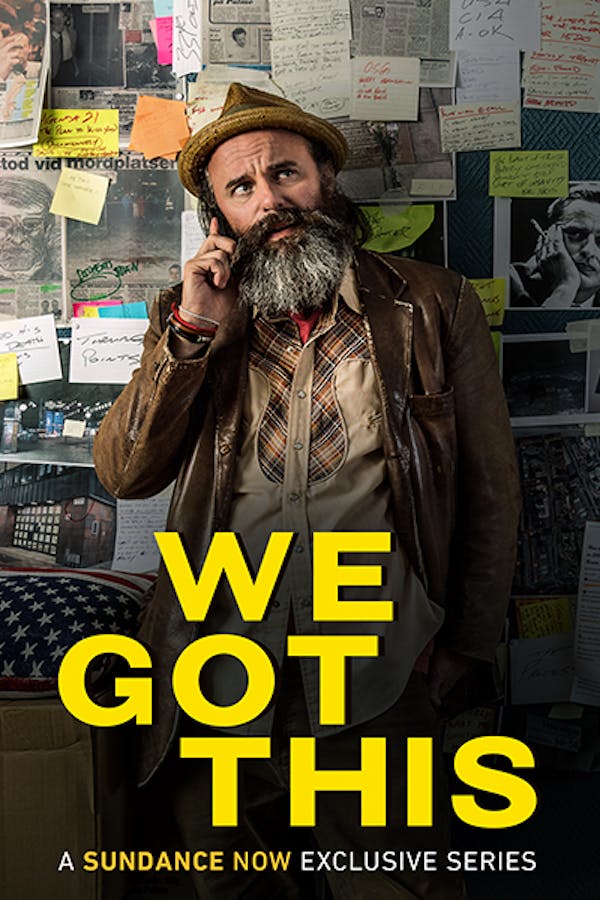 Struggling from the collapse of his career and a sudden insurmountable tax debt, American immigrant George English stumbles onto the fact that there is a 50 million SEK reward for solving the murder of Olof Palme. He assembles a crew of misfits to assist him as he begins to imagine that solving this seemingly unsolvable crime of the century could be the answer to all of his problems, but as the deeper they go into the labyrinth the more dangerous their journey becomes.

Join free to stream We Got This

George English, an American immigrant living in Sweden, struggles with the collapse of his career and a sudden tax debt.

George drags Alex deeper into his private investigation, which leads them to conspiracy theorist Björn Söderqvist.

Is this what you were looking for? Ep. 3

The dog that caught the car Ep. 4

The arrival of a legendary figure in the Palme assassination has George, Alex, Björn and Eva debating what to do next.

There’s only one way to find out Ep. 5

Desperate to save his marriage, George goes it alone diving head first into his most absurd idea yet.

Be careful what you wish for Ep. 6

On the run to reunite with his family in Georgia, USA, George thinks he is safe.