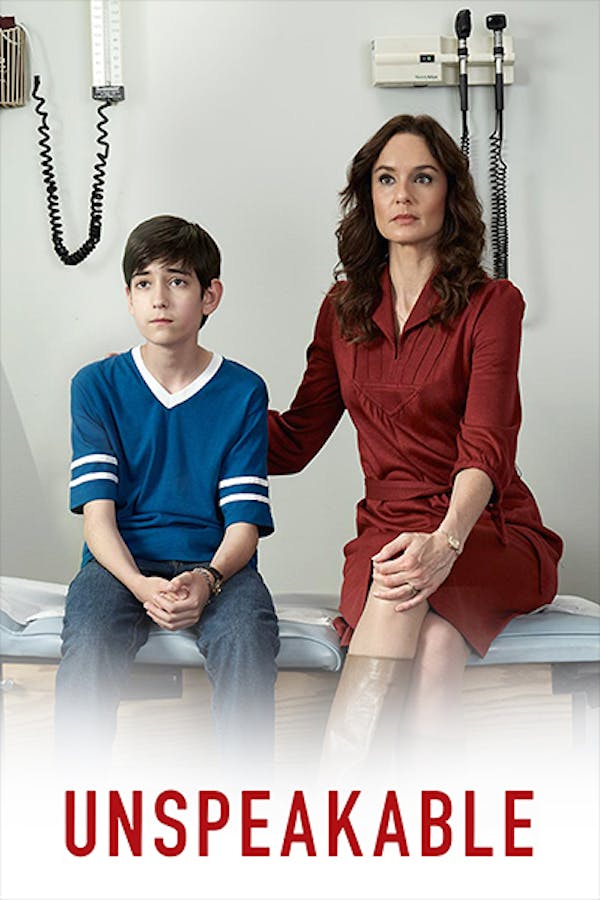 In the early 1980’s, AIDS emerged and quickly became an epidemic. Those responsible for public safety failed. Thousands died. Ignorance, arrogance, politics, and economics all lead to betrayal, to cover-up, to scandal. Unspeakable is told from the perspective of two families caught in a tragedy that gripped a nation, as well as the doctors, nurses, corporations and bureaucracy responsible. This emotionally-charged drama follows the decades long saga as people struggled to survive, change the system and battle for compensation for those who desperately needed it.

Two families are shaken when they learn about AIDS because each family has boys with hemophilia.

Will fights to get those in charge of blood safety to heed the danger.

In 1985 Will Sanders questions why the Red Cross may still be distributing tainted blood.

The Hemophilia Society works toward compensation for victims of tainted blood.

Justice Horace leads an inquiry into the tainted blood scandal.

The court rules in favor of Krever, and his report that gives names is released.

Ben considers taking matters into his own hands. Peter and Ryan struggle with illness.