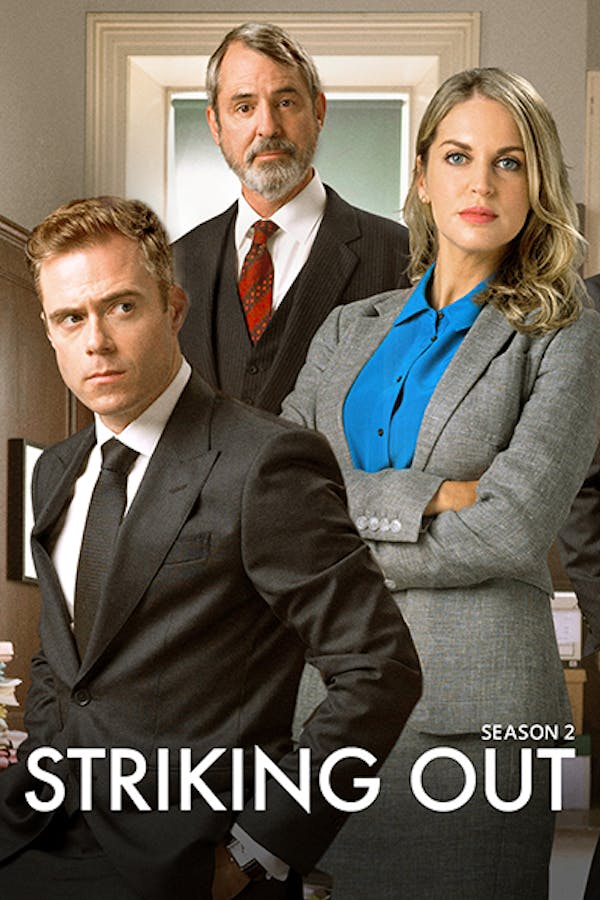 Inspired by The Good Wife, Striking Out follows whip-smart Dublin-based attorney Tara Rafferty whose life is upended when she discovers that her fiancé and fellow solicitor, Eric, has been cheating on her with a colleague. She leaves him - and their prestigious law firm - on the same day. Striking out on her own, she begins accepting cases that often pit her against her former colleagues. Witness the captivating and highly addicting legal drama that quickly became Ireland’s #1 series.

Join free to stream Striking Out

Skipping out early from her own bachelorette party, solicitor Tara Rafferty is shocked to find her fiancé and law firm colleague, Eric, in bed with another woman. Brokenhearted, Tara leaves Eric and the firm to build her own practice in the hopes of starting fresh.

Still reeling over the sudden changes in her life, Tara has to deal with a case of a disputed will when a friend threatens to throw her own sister out of the family home after being named sole beneficiary.

Tara is forced to work alongside Eric when they take on a case of apparent bigamy after two women claim to be married to the same dying man and wish to be acknowledged as his next of kin.

Ray asks for Tara’s help when a friend’s son is taken away by Social Services, and Vincent also hires Tara to assist on a case. Growing pressure from her family, former law firm, and Eric make Tara suspect someone is trying to sabotage her.

Following Meg’s betrayal, Tara’s team has been evicted from the cafe and Ray is in jail. Tara is convinced that Eric’s father is behind it all. While working to free Ray, Tara also picks up an immigration case defending a woman scheduled to be deported in a few days’ time.

Tara is approached by a father who claims his child’s mother should not have custody because she lives in a commune. Vincent lashes out at Tara about the corruption inquiry, and Ray starts his own investigation.

Tara helps an ex-nun suing her order for breach of contract, but the case pits Tara against Eric and the woman he cheated with. Vincent’s new witness gives evidence that helps his inquiry, causing anxiety at Dunbar & Calloway.

Tara becomes closer with Eric’s brother, Sam, while her office mate, George, defends a family known to be involved in crime, but the case is complicated when Tara accidentally finds damning evidence.

After their fight, Tara and Eric are on opposing sides for difficult repeat clients, when the woman Eric previously represented now wants a divorce from her bigamist husband.

Eric becomes suspicious about the sudden changes at Dunbar & Calloway, including Sam’s new job. As Tara and Sam’s relationship grows more serious, Tara finally learns the truth about her father.