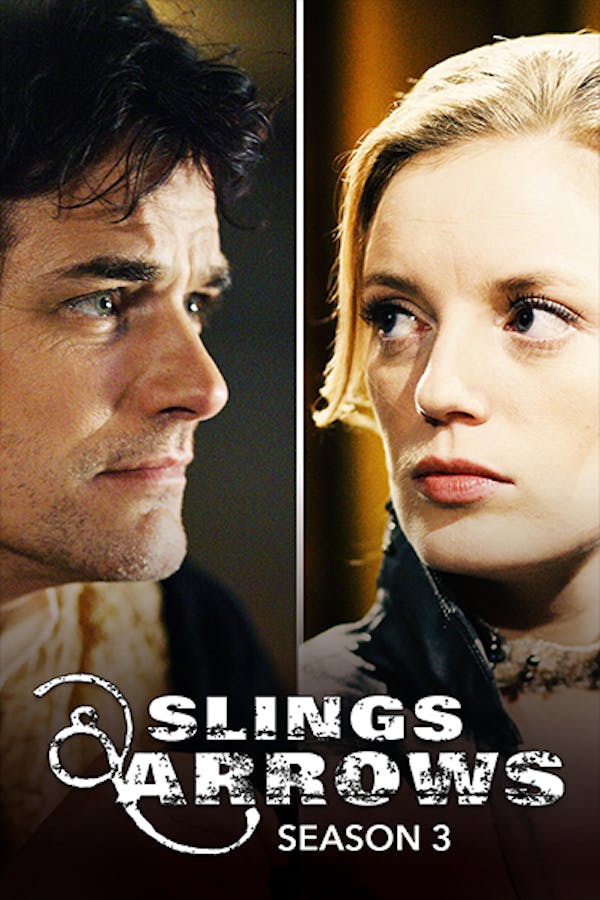 The actors and the crew of the New Burbage Festival are trying hard to keep their heads above water. The troubled Shakespearean festival had been slowly commercializing its performances, but the sudden death of the artistic director (he's run over by a ham truck as he lays drunk in the street, but never fear -- his character stays around in ghost form, haunting his successor and the festival) requires some changes. The new man on the job clashes with old rivals, is forced to take the crew in hand, and fends off the festival manager, who wants to make the festival over into Shakespeareville, all while trying to pull together the festival's latest production of "Hamlet."

Madness in Great Ones Ep. 3

Geoffrey passes off the theatre‚Äôs new production of Hamlet to flamboyant visiting director Darren Nichols. Kate and Jack take an afternoon off and feed the rumor mill.

Kate and Jack‚Äôs friendship moves to a higher plane, Ellen‚Äôs boy-toy defends her honor, and Geoffrey fires Darren, which reassures the cast but worries the board.

A Mirror Up to Nature Ep. 5

With Geoffrey taking up the reins of Hamlet, Richard and Holly are certain the production will flop. Geoffrey believes there‚Äôs more to Jack than they‚Äôve seen so far.

Opening day for Hamlet has arrived, and Jack has disappeared. Ellen comes clean about what really happened on that fateful night seven years ago.

Geoffrey gets a permanent posting as the New Burbage artistic director after his triumphant Hamlet, but major challenges loom ahead.

Christmas comes to New Burbage and so do the interns, who are part of the new austerity program. Richard hires Sanjay Ranier of the edgy marketing firm Frog Hammer.

The curse of Macbeth kicks in when the director of Romeo and Juliet breaks her neck, forcing Geoffrey to invite show-dog Darren Nichols back from Berlin to fill in.

Fair Is Foul and Foul Is Fair Ep. 4

Subscribers cancel en masse with the launch of Frog Hammer‚Äôs campaign of alienation, and Geoffrey reaches a breaking point with his Macbeth.

Ellen graduates to adulthood as her back taxes are tallied. With the veteran actor playing Macbeth dismissed for his bloated ego, his understudy preps for the spotlight.

Youthquake‚Äîthe magic of rebranding kicks in! Geoffrey works on his own brand of explosive magic, Oliver returns to the stage, and Richard upgrades his dream quest.

Trying to top the critical and financial success of its last production, the festival plans to stage King Lear as well as a contemporary new musical.

Charles Kingman‚ the theatrical lion whom Geoffrey has recruited to play Lear‚ brings some demons of his own to the production and immediately alienates the cast and crew.

Charles's erratic behavior becomes so disruptive that Geoffrey considers replacing him. The rift widens between the Shakespearean actors and the players in the musical.

The last rehearsal of Lear is a train wreck, as Charles fumbles dozens of lines. With East Hastings a smashing success, Richard proposes staging it in the main venue.

Anna steps in to help Geoffrey with Charles. But King Lear loses its Regan as actress Ellen Fanshaw flees the festival for the promise of a big payday on TV.

King Lear's cancellation brings severe consequences. But Geoffrey reassembles the team for a single, illicit performance‚ for Charles, for themselves, and for their art.