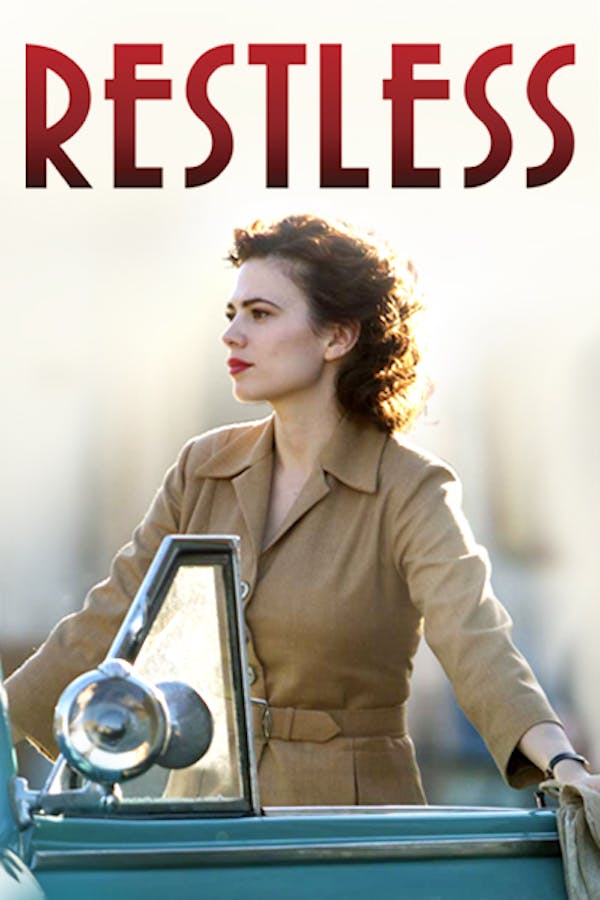 Hayley Atwell (Captain America) stars in this Emmy nominated espionage drama that begins when Ruth Gilmartin (Michelle Dockery, Downton Abbey) discovers that her mother (Charlotte Rampling, Broadchurch) worked as a spy for the British during WWII and has been on the run ever since. Based on the acclaimed novel by William Boyd, Restless is a sprawling tale of passion, intrigue, and betrayal, spanning over 40 years and exploring the central question: what are the consequences of living a lie?

On a visit to her mother’s isolated home in 1978, Ruth Gilmartin learns that her mother, Sally, has been living a lie. She’s really a Russian and a former spy.

During wartime, Eva is sent to America on a mission of seduction and deceit. She survives an attempt on her life, but other members of her team aren’t so lucky.