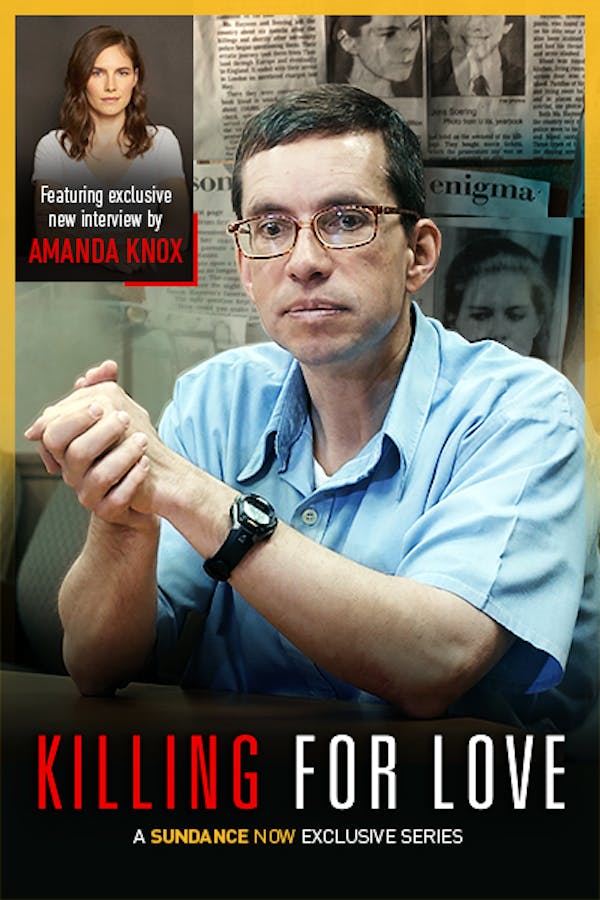 Obsessed young lovers, heinous murders, a sensational trial, and a shocking miscarriage of justice. Killing for Love is a riveting dissection of the 1985 courtroom battle that played out on television, and its disturbing aftermath. Convicted of brutally murdering his girlfriend’s parents, Jens Soering has been in prison for over 30 years. The series reveals for the first time the mounting evidence of his innocence. Highly cinematic in the way of The Staircase, as suspenseful as Serial, and as confounding as Making of a Murderer, Killing for Love is your next true crime binge.

On the run in Asia and Europe using false identities, Elizabeth and Jens are eventually arrested in London.

Jens confesses and is extradited to the U.S. to stand trial for the murder of Elizabeth's parents. He then withdraws his confession and begins to fight for his life.

As Jens struggles to win the sympathy of the jury, he and Elizabeth present conflicting alibis.

The trial takes a dramatic turn when Elizabeth takes the witness stand, describing herself as Lady MacBeth.

Despite new evidence supporting Jens’ innocence, Elizabeth breaks a 20-year silence to keep him in prison. Is the real murderer still out there?

The killing of Derek and Nancy Haysom was a brutal crime that happened in a single turbulent moment on March 30th, 1985. Ever since then, the pool of evidence has been growing, calling Jens Soering’s murder conviction into question. The newly tested DNA reveals that there's a second crime here beyond the murders of the Haysoms. And this crime hit Amanda even closer to home.