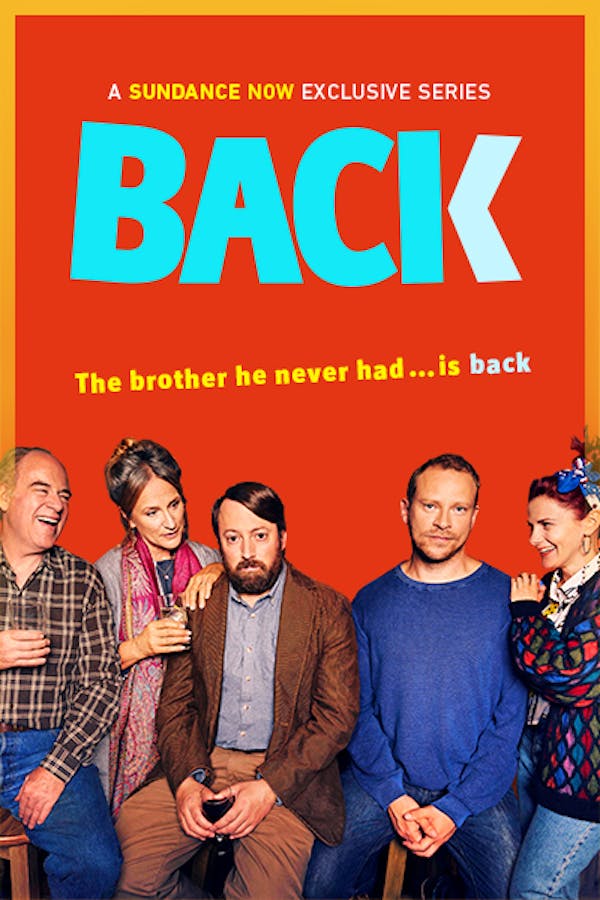 Stephen’s (David Mitchell) father Laurie, a local legend and pub owner, has died and Stephen is set to – finally – take over the family business. His mother, Ellen, and sister, Cass, have no interest in the pub. With his dad dead, it’s now Stephen’s chance to shine. His only achievements so far have been marriage (followed by divorce), a failed stint as a lawyer in London and a slightly disappointing pub refurb. But when the charming Andrew (Robert Webb) turns up out of the blue at Laurie’s funeral, Stephen’s plans go awry.

Join free to stream Back

Stephen is preparing to take over the family business following the death of his dad, but the unexpected arrival of charismatic foster-brother Andrew starts to change everything.

After Andrew is left a share of the business in Laurie’s will, he and Stephen have very different ideas about how to clear the pub’s debts.

When Andrew’s improvements to the pub bring 5-star TripAdvisor reviews pouring in, Stephen worries that the John Barleycorn is pushing its limitations. He soon seems to be proved right.

Stephen and Andrew go on a road trip to meet the pub’s suppliers, and Stephen learns more about his life than he would like. Meanwhile Geoff is left to run the pub in his own inimitable way.

After the disastrous pub fire, Cass finally goes off travelling for six months and Stephen makes some quite startling discoveries about life, death and Andrew.

The John Barleycorn is restored and a party is held for what would have been Laurie’s 69th birthday. Stephen finds out some enormous news about Andrew that looks like it could be the key to getting rid of him for good.

After a spell in a wellness center, Stephen is back at his provincial pub, refreshed.

The return of Mike leads Stephen to wonder if he might be his biological father.

Stephen’s on a health kick, but soon things start to unravel.

The Barleycorn is called upon to host a pub quiz, and Stephen looks to redeem himself.

Alison and Stephen conspire to hatch a plan that will solve the Andrew problem once and for all.

Stephen and Alison, keen for revenge, are on a road trip to track down Andrew's birth mother.