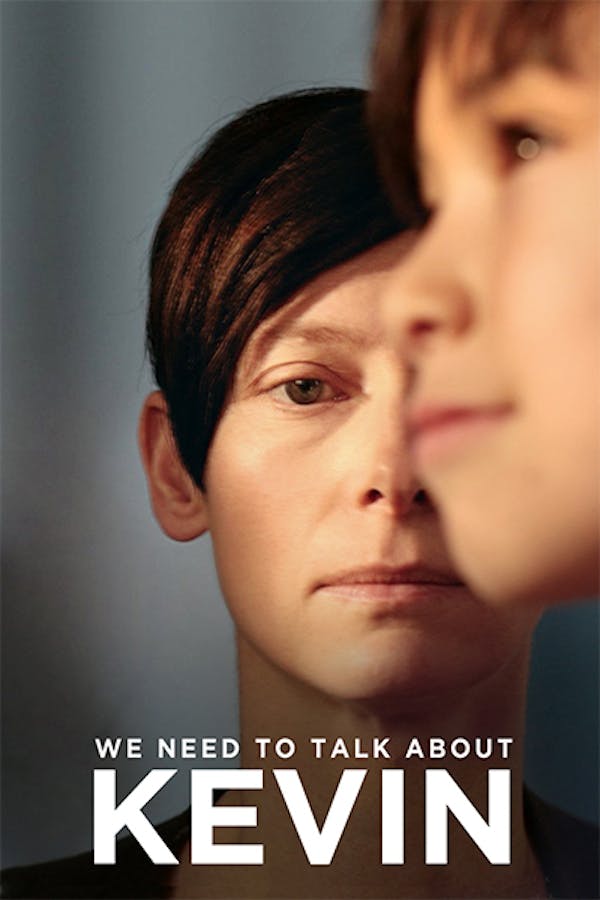 We Need to Talk About Kevin

A suspenseful and gripping psychological thriller, Lynne Ramsay’s WE NEED TO TALK ABOUT KEVIN explores the fractious relationship between a mother and her evil son. Tilda Swinton, in a bracing, tour-de-force performance, plays the mother, Eva, as she contends for years with the increasing malevolence of her first-born child, Kevin (Ezra Miller). Based on the best-selling novel of the same name, WE NEED TO TALK ABOUT KEVIN explores nature vs. nurture on a whole new level as Eva's own culpability is measured against Kevin's innate evilness. Ramsay's masterful storytelling simultaneously combines a provocative moral ambiguity with a satisfying and compelling narrative, which builds to a chilling, unforgettable climax

In this Golden Globe nominated psychological thriller, Oscar winner Tilda Swinton plays Eva, the mother of the evil Kevin (Ezra Miller). Eva contends with her clueless husband (John C. Reilly) and her son's malevolent ways, as the narrative builds to a chilling and unforgettable climax.

Join free to stream We Need to Talk About Kevin

I really wanted to like this film. The problem was how unrealistic the child was. Thos woman just let him get away with everything...and only end up infuriating me. Too slow to really hold a grip.

Dear God in heaven, I can't believe I sat through this movie - How flipping depressing, slow &amp; to be truthful! anyone with a kid like that would have killed it or killed themself - maybe both.

Meh...Very slow-moving movie, a non-climatic ending, overall fairly uninteresting and not worth the watch.

Join free to stream We Need to Talk About Kevin