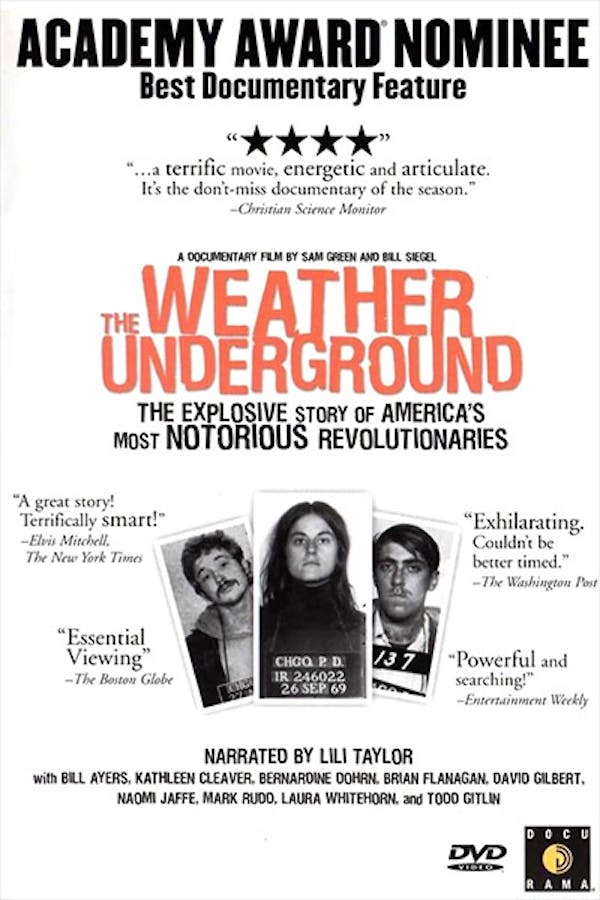 Over forty years ago a group of young American radicals called The Weathermen announced their intention to overthrow the U.S. government. Fueled by outrage over the Vietnam War and racism in America, they went underground during the 1970's, bombing targets across the country that they felt symbolized "the real violence" that the U.S. government and capitalist power were wreaking throughout the world.

This powerful Academy Award-nominated documentary traces the rise and fall of a notorious 1970's radical group who declared war on the U.S. government.