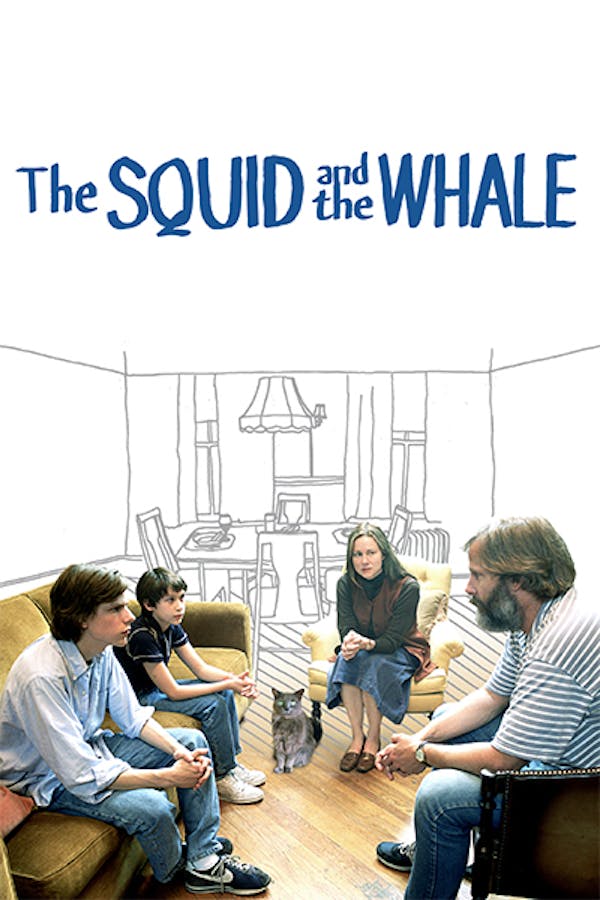 The Squid and The Whale

In his third feature, director Noah Baumbach scores a triumph with an autobiographical coming-of-age story about a teenager whose writer-parents are divorcing. The father (Jeff Daniels) and mother (Laura Linney) duke it out in half-civilized, half-savage fashion, while their two sons (Jesse Eisenberg and Owen Kline) adapt in different ways, shifting allegiances between parents.

In the midst of divorce, a husband and wife constantly fight, while their two teenage sons try to adapt, shifting allegiances between parents.

Join free to stream The Squid and The Whale