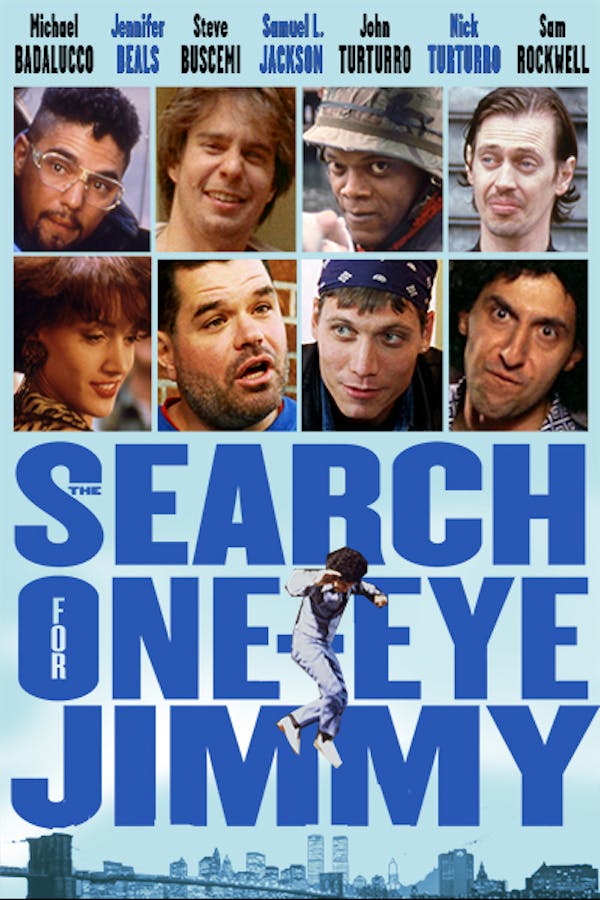 The Search For One-Eye Jimmy

Steve Buscemi, Samuel L. Jackson, John Turturro, and Sam Rockwell are just a few of the actors who populate South Brooklyn throughout this film's shaggy dog tale. One of the locals, "One-Eye" Jimmy, has disappeared, and filmmaker Les tries to track him down. As word spreads, the neighborhood leads him on a hilariously disorganized and badly led search party.

Join free to stream The Search For One-Eye Jimmy

It’s bizarre and a little hard to get into at first, but hang in there it’s definitely worth while to see the many established and talented cas, especially Sam Rockwell’s monologue at the end... lmao.

Favorite actors make a classic I would not want to miss and the thing is, it all held together with a good healthy flow, like great timing and a taste I can carry into tomorrow. Yes!!!!

Join free to stream The Search For One-Eye Jimmy