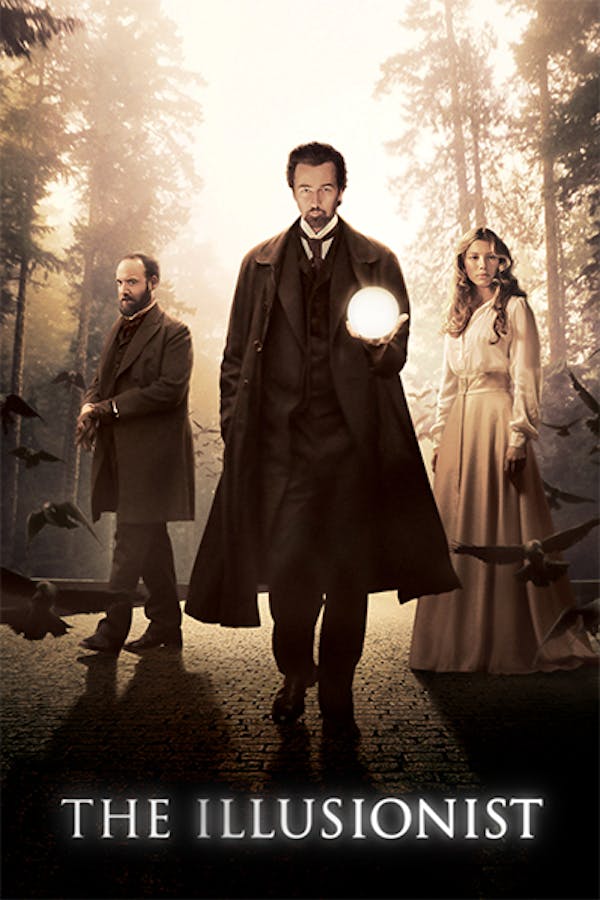 This Oscar®-nominated drama set in early 1900s Vienna follows the love story of illusionist extraordinaire Eisenheim (Edward Norton), who falls for an aristocrat (Jessica Biel) well above his social standing. The master magician employs his powers to win her love and free her from a tyrannical fiancé (Rufus Sewell). His daring scheme creates tumult within the monarchy and ignites the suspicion of Chief Inspector Uhl (Paul Giamatti).

Join free to stream The Illusionist