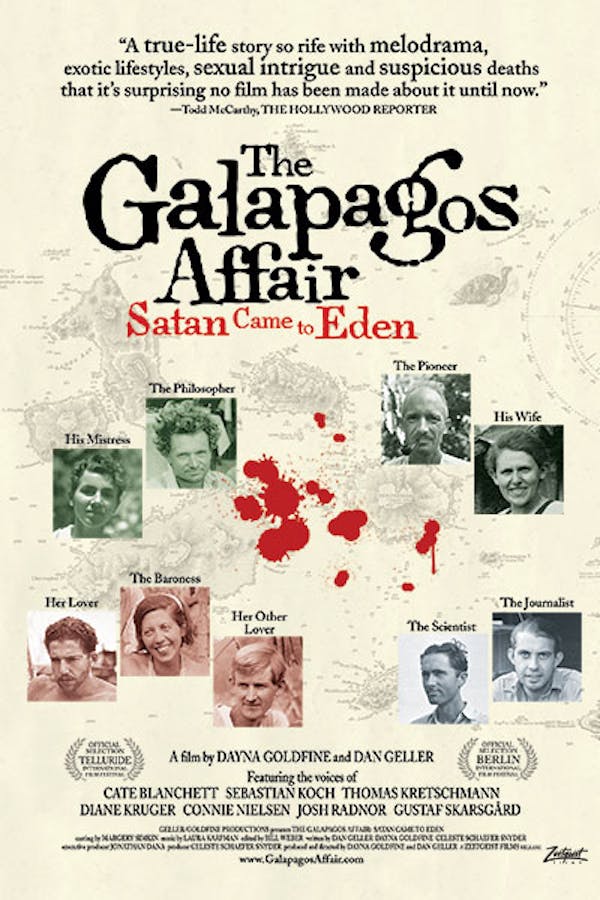 It started innocently. A visionary German doctor, his mistress, and a dream; to escape the comforts of city life and create a paradise on Earth. In 1929, they set sail thousands of miles to the remote island of Floreana and began their new life. However, when news of this modern day Adam and Eve spread, others flocked to join them in their exotic island paradise. The Galapagos Affair is a riveting investigation into the ensuing melodrama; rife with eccentric characters, absurd colonial fantasies, sexual deviance and yes, murder.

A fascinating documentary portrait of a 1930s murder mystery as strange and alluring as the famous archipelago itself. Fleeing conventional society, a Berlin doctor and his mistress start a new life on uninhabited Floreana Island.

I found this riveting and fascinating. I think the filmmakers were absoloooootely brilliant. BRAVO to all of them. xx

Fascinating story. Repetitive graphics. Could have been edited to tell the story in 1.5 hrs.

An interesting story of isloation and survival...I feel that Ritter and Whitmer were involved in the disappearance of the baroness and Mrs. Whitmer knew the true story...a true story of Paradise Lost

I will never get two two hours back. :(