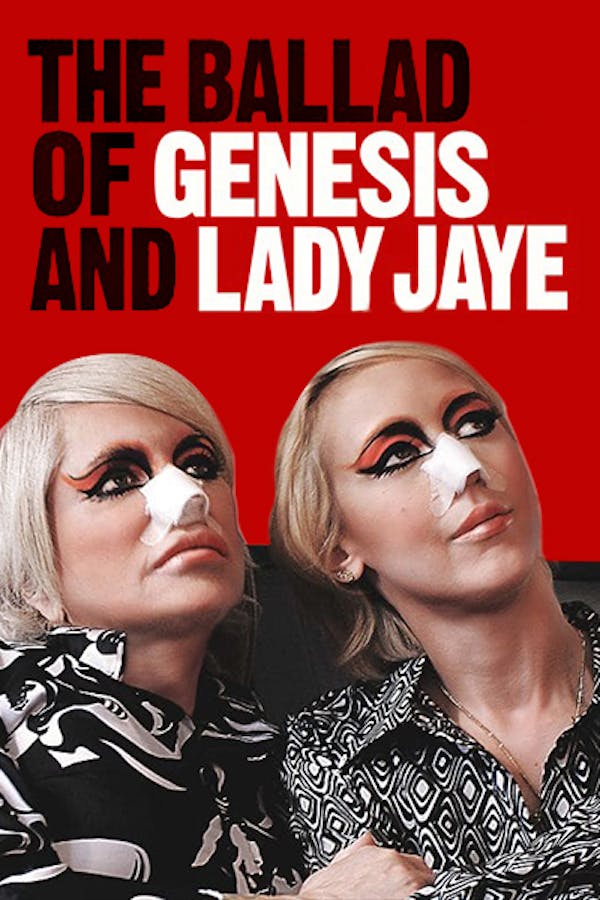 The Ballad of Genesis & Lady Jaye

This tender portrait of industrial music pioneer Genesis P-Orridge and their partner, erstwhile dominatrix Lady Jaye, was filmed over the course of seven years and completed following Lady Jaye’s sudden death in 2007. Integrating loving home movies, stylishly staged tableaux, and archival footage of P-Orridge’s post-punk bands Throbbing Gristle and Psychic TV, The Ballad poignantly centers on the body modification that brought the couple together in their journey through life and art. Their Pandrogeny Project, reflecting the same exploration of William Burroughs and Brion Gysin’s cut-ups that underlies P-Orridge’s music, finds its own reflection in Losier’s ecstatic images. Featuring syncopated editing, play with film speeds, and P-Orridge’s tracks layered over 16mm images shot in Losier’s signature style on a Bolex handheld camera, the film doubles as homage and cut-up collage of its own. Ultimately, Losier captures a radical vision and a unique love story. As she put it, “Like many others who have encountered him, I saw in Genesis the simple and profound notion that the manner in which you live your life is the highest and most unimpeachable form of art that exists.”--MOMA

This tender portrait of industrial music pioneer Genesis P-Orridge and their partner, was filmed over the course of seven years and completed following Lady Jaye’s sudden death in 2007.

Join free to stream The Ballad of Genesis & Lady Jaye