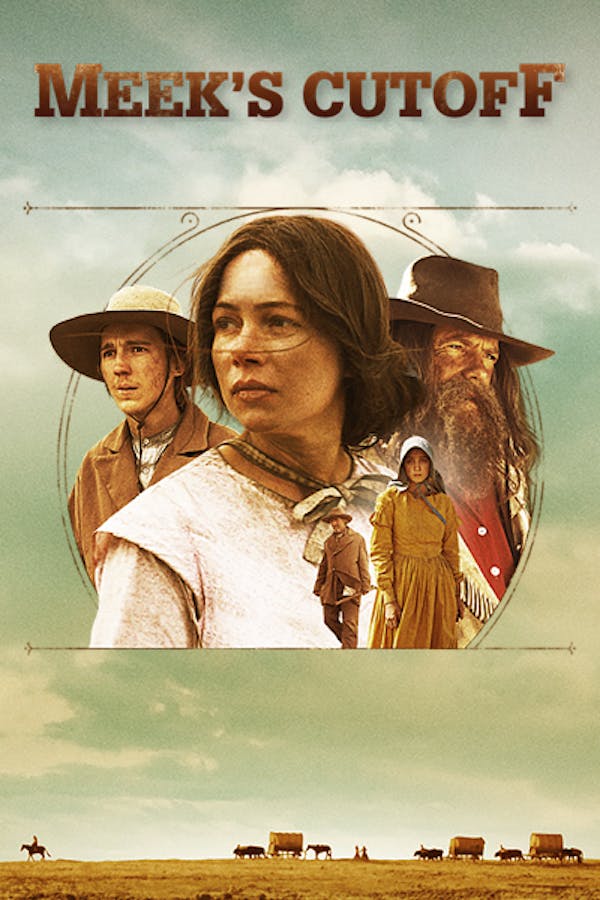 MEEK'S CUTOFF, from acclaimed director Kelly Reichardt (WENDY AND LUCY, OLD JOY), is a stark and poetic drama set in 1845, the earliest days of the treacherous Oregon Trail. A wagon train of three families (including two-time Academy Award® nominee Michelle Williams) has hired mountain man Stephen Meek (Bruce Greenwood) to guide them over the Cascade Mountains. Claiming to know a shortcut, Meek leads the group on an unmarked path across the high plain desert, only to become lost in the dry rock and sage. Over the coming days, the emigrants must face the scourges of hunger, thirst, and their own lack of faith in each others' instincts for survival. When a Native American wanderer crosses their path, the emigrants are torn between their trust in a guide who has proven himself unreliable and a man who has always been seen as their natural born enemy.

I liked this a lot.

Fantastic Western. Very much to the likes of Gus Van Sant. Beautiful pacing. Sound design lends so much to the masterful visuals.

liked it. liked the ending too. that's life.