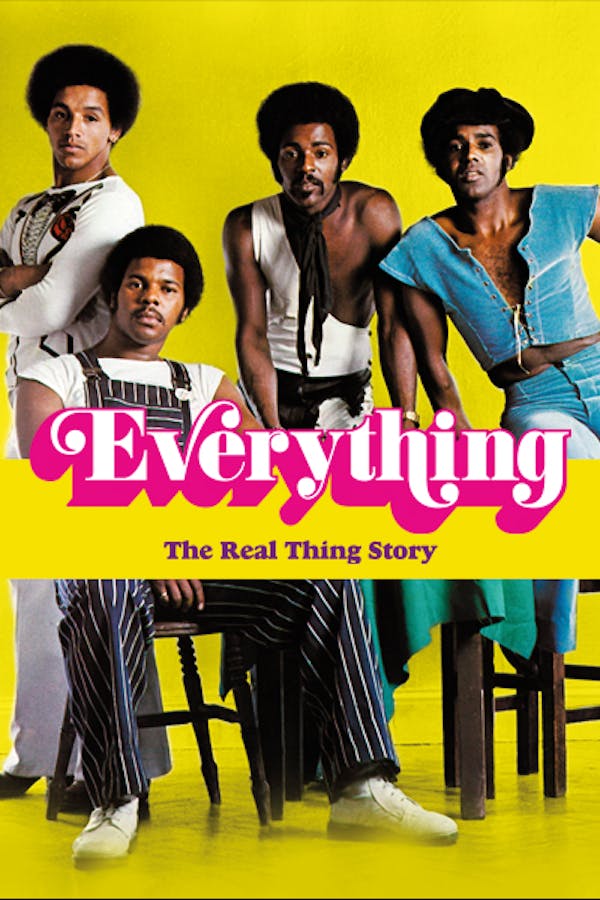 Everything: The Real Thing Story

The press dubbed them 'The Black Beatles' – Eddy, Chris, Dave, and Ray – four working-class boys from one of Liverpool’s toughest neighborhoods who became Britain’s most celebrated originators of soul, funk, and disco. With a string of huge hits, they dominated the international charts throughout the '70s and '80s, with iconic songs like 'You to Me Are Everything,' 'Can’t Get By Without You,' and 'Can You Feel the Force?'.

1970s Britain was divided by racial tension, but Liverpool’s other Fab Four, The Real Thing, rose from the ghetto to dominate the international charts.

Join free to stream Everything: The Real Thing Story