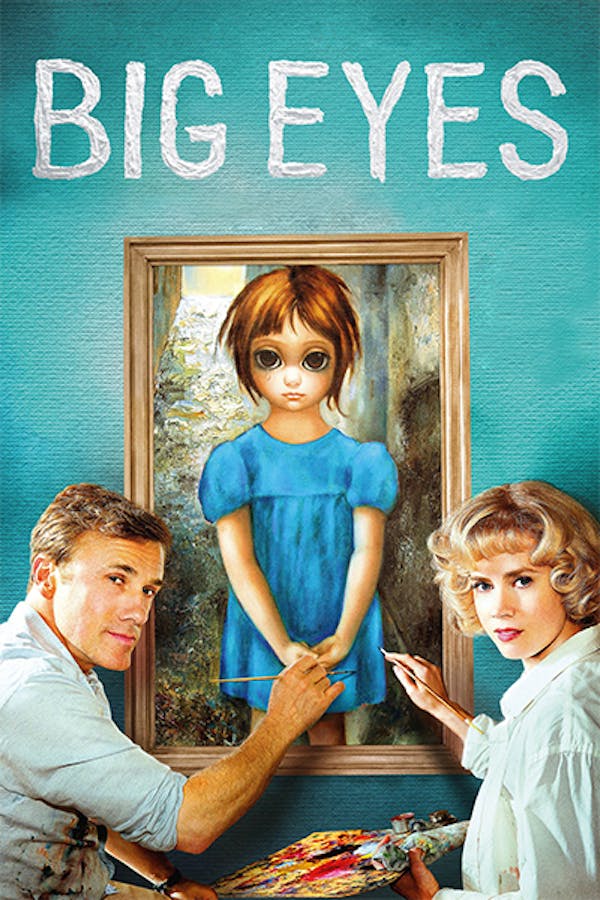 In the late 1950s and early '60s, artist Walter Keane (Christoph Waltz) achieves unbelievable fame and success with portraits of saucer-eyed waifs. However, no one realizes that his wife, Margaret (Amy Adams), is the real painter behind the brush. Although Margaret is horrified to learn that Walter is passing off her work as his own, she is too meek to protest too loudly. It isn't until the Keanes' marriage comes to an end and a lawsuit follows that the truth finally comes to light.

From visionary director Tim Burton comes the outrageous true story of one of the most extensive art frauds in the 20th century.