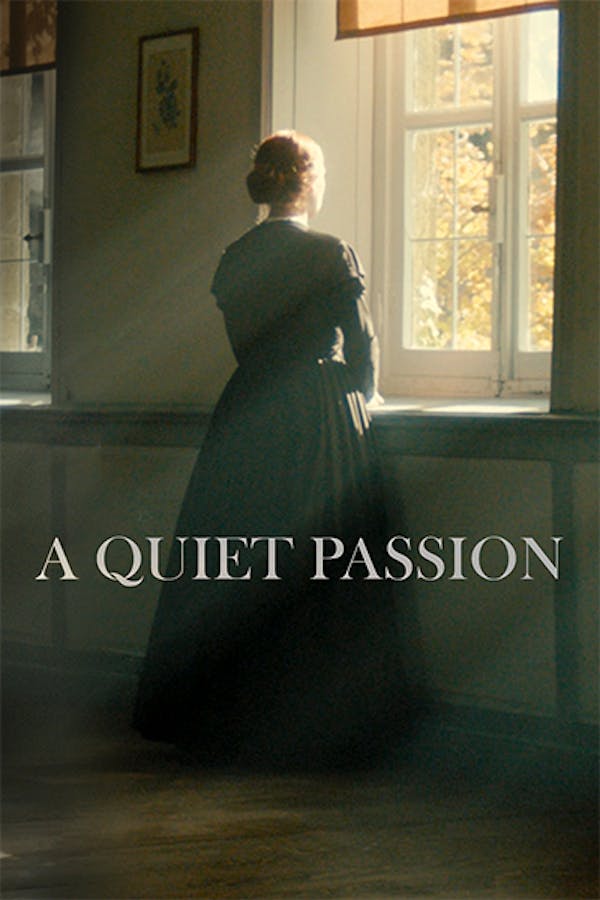 Cynthia Nixon delivers a triumphant performance as Emily Dickinson as she personifies the wit, intellectual independence and pathos of the poet whose genius only came to be recognized after her death. Acclaimed British director Terence Davies (House of Mirth, The Deep Blue Sea) exquisitely evokes Dickinson’s deep attachment to her close-knit family along with the manners, mores and spiritual convictions of her time that she struggled with and transcended in her poetry.

Thank you, DonnaDotson, for your accurate review. I only made it 7 minutes--I couldn't bear the cardboard delivery of even drier lines. Terrible acting/directing, akin to the flat tones of high school English students having to read aloud to the class. The writing could have possibly been salvaged with better delivery, but the actors transmit no emotional content from the material.

A little shocking to see Miranda in 19th century clothing. Other than that, amazing acting.

I enjoyed looking into her personal life.

Miss Dickinson is tenderly protrayed by Cynthia Nixon in Terence Davies' absorbing film. Her story is told true to the pace and tone of life in the mid 1800's, a time when a woman was to be publicly noticed three times -- when she was born, married, and died. Jennifer Ehle turns in a convincing performance as the family peacemaker, as at home goading their dreary aunt as discussing saucy Wuthering Heights. The great Keith Carradine is every inch the protestant patriarch. A very good film.